Why Did You Move the Toys?

We have a rather large sandbox in our backyard. When it was first built, it took a HUGE dump truck to deliver 19 tons of sand to fill it. (I'm quite certain that we no longer have 19 tons in the sand box, because I have to have vacuumed at least one ton of it up as it has migrated inside ;0.)

It is very tricky to build a sandbox on a hill. Our entire play yard is on a slope, and is at quite a steep angle in some areas. When we get a lot of rain (or melting snow) it causes our sand to pile up at the back edge of the sandbox. We could of course let it build up there and it will slowly slide through the cracks in our fence and end up in the parking lot below. I'm not so certain that the store located there would appreciate it all that much though.

So, our mission over the past couple of days has been to remove all of the play equipment (slides and climbers) and to move the sand to even out our sandbox again.

The shovels weren't really cutting it, so we decided to see how well our "Yooper Scoopers" would work on the sand. Unfortunately, they are made to move snow and when it comes to moving sand, they were a little too heavy. So, we went back to using our shovels and toy dump trucks. 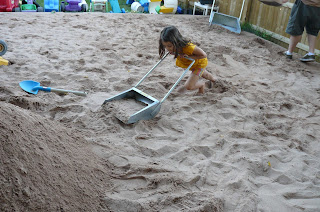 You know, you can't move this much sand and not make a mountain...... 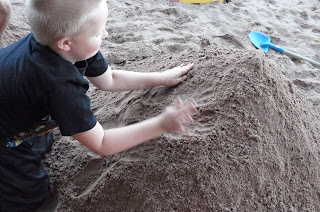 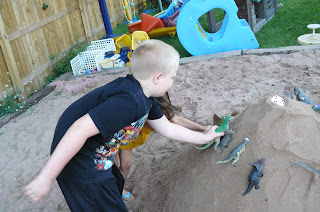 And.... where there are dinosaurs, there has to be a volcano! 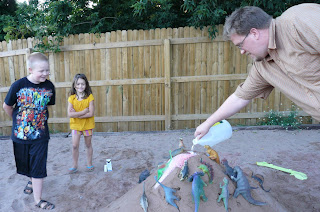 And.... you never know when that volcano may start to erupt.... 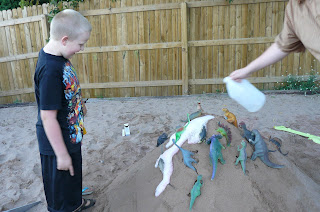 Of course, once the volcano erupted and the dinosaurs were put away, we had to crush the mountain.

The next morning, some of our other friends arrived to find an "empty" sandbox. "Where did the slide go?" What were we going to do? What could we play with?

"Look, that looks a little bit like a mountain!" 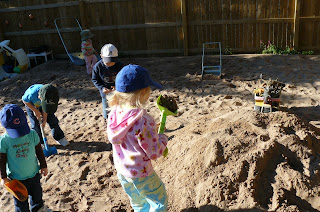 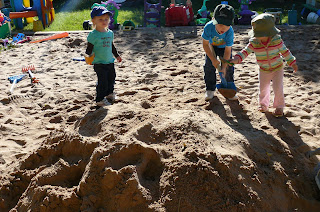 "I wonder if I can scoop the sand?" 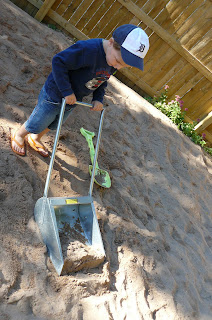 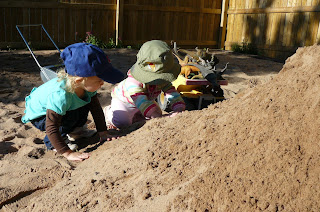 "Hey, do you think it is big enough?" 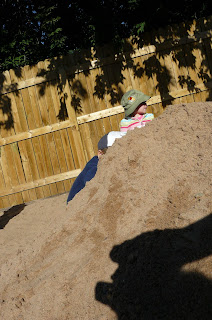 "Let's build another one!" 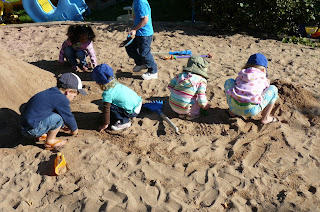 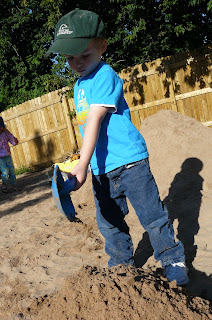 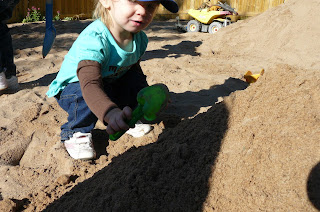 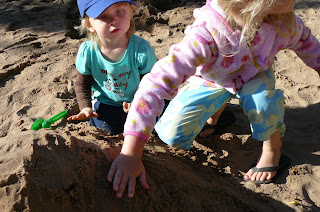 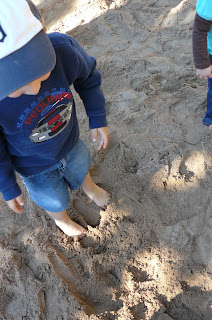 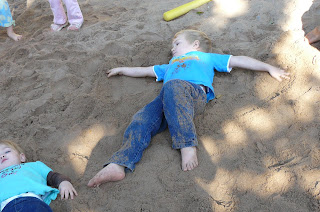 "I can climb the mountain!!! Stomp, stomp, stomp!" 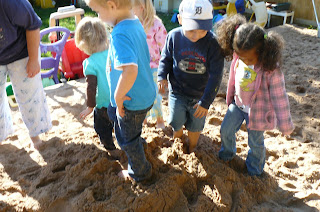 One of our friends from last night arrived, and of course, it was time to erupt another volcano! 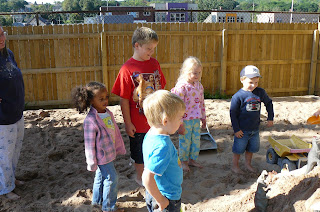 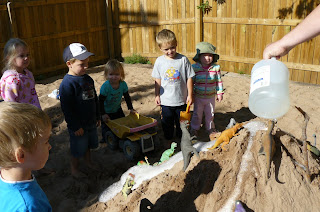 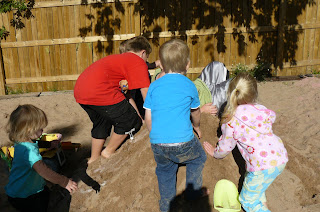 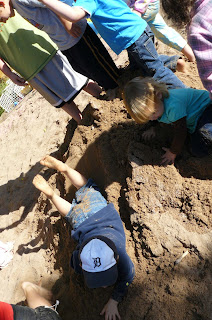 "Look at all the footprints!" 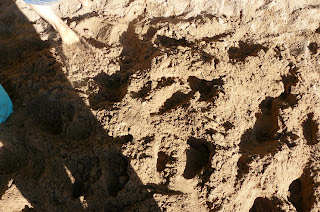 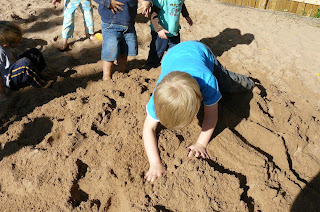 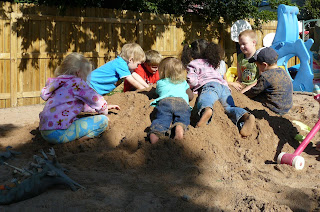 it is amazing how kids can still find so much to do even when all the necessary plastic toys have been removed!

Adorable! I love their ingenuity, too. :) That is one big sand box y'all have got.

Now that is some sandpit! I love the story your pictures tell - so much imagination, creativity and fun!

Thanks! We love our sandbox. I think it is going to be awhile before we bring the "toys" back.

My kids would LOVE this!

Thanks for sharing this with our carnival - I love how the scale was just big enough for the children to get stuck in and climb up the volcano. 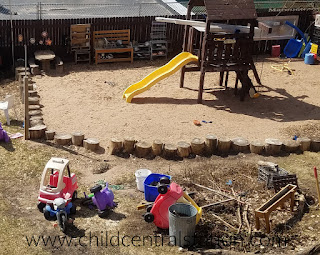