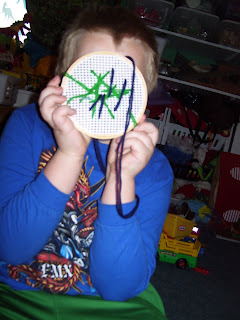 Today, we decided to sew some "pumpkins." If you haven't already noticed, I'm a collector of "stuff." Things that other folks might throw out, I find a use for one way or another. One of the things I have been collecting for quite some time are embroidery hoops. We use the big ones when we make homemade paper. The little ones are put to use in a variety of different ways, today we used them to help us make "pumpkins." 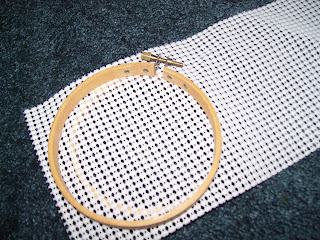 I found some remnant of a rubbery shelf liner that we used as our canvas. We put it into the hoops and cut off the excess. (This part was kind of tricky for most of our little friends. It required quite a bit of extra help. You could potentially do this part prior to working with the children.) The only reason we used shelf liner is because I saw some remnants sitting on a shelf in our craft closet. You could use different types of fabric or canvas. I do recommend using something with holes until your little ones have mastered the skill. It is much easier to pull the string/yarn through when there are already holes for them. 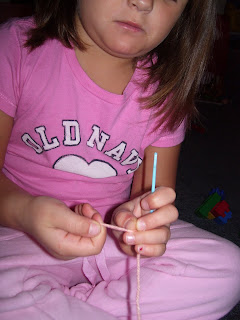 The children worked with plastic needles, they worked alright, although I personally prefer the metal ones. Each child chose which color yard to use and attempted to thread their own needles. If after their own attempts were not successful, I jumped in to help them out upon request. Most of the children were successful on at least one attempt. 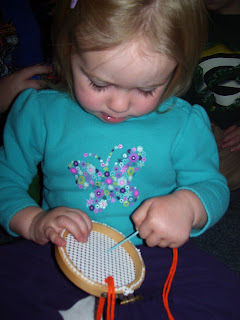 I love to watch the level of concentration as they sew up their creations. This is a process, and there are no "rules" as they explore how to move the needle and thread through the canvas. 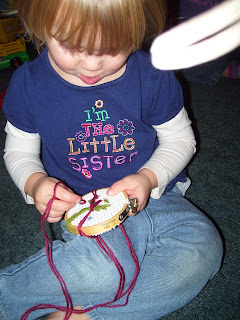 Sometimes around the front looping around the edge, and sometimes from front to back and back to front. 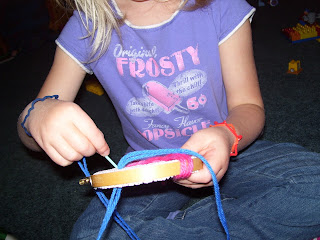 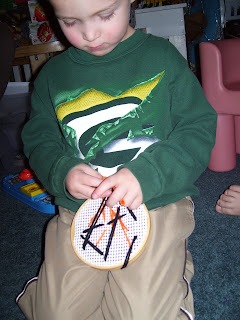 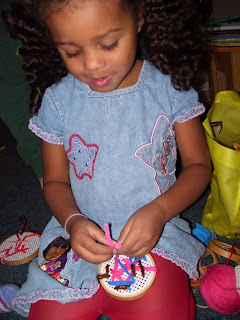 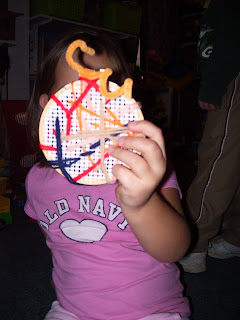 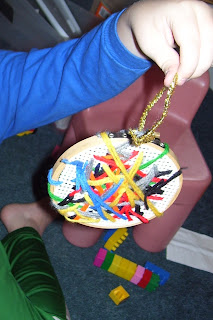 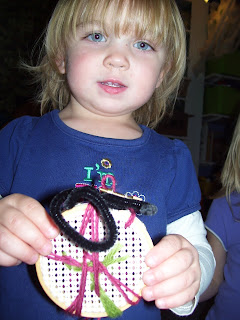 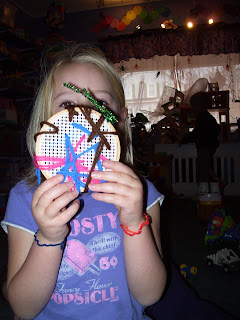 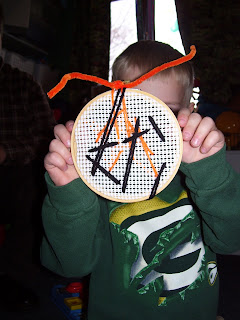 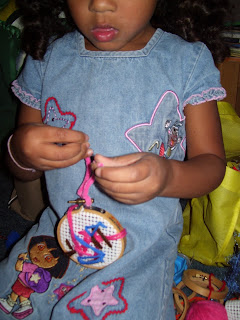 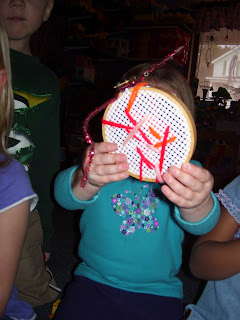 Ooohhhhhh, I need to do this!

don't you love preschoolers sewing? They all look soooo concentrated and focused. The looks on the little faces are priceless... great idea Amy !!
light and peace