We are very fortunate to live minutes away from Lake Superior, the largest fresh water lake in the world (when measured by surface area). For some people, it is hard to believe that Superior is really a lake because of its large size. We love to go swimming in the lake during the summer, but the weather has just not been warm enough to make that a reality yet..... so instead, today we went wave chasing! 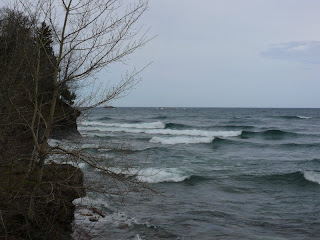 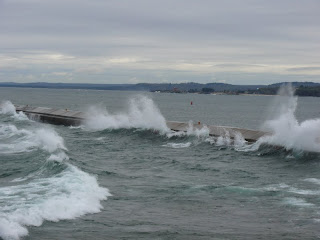 The waves were crashing up against the break wall near Presque Isle Park, and we saw a few surfers braving the waves near McCarty's Cove. (We didn't get any photos of them though...)

We thought that we might stop at one of our favorite rock picking sections of beach, but much to our surprise the weather, wind and waves had carried so much sand in over the winter, there were very few rocks! So, we chased waves (or the waves chased us...) instead. 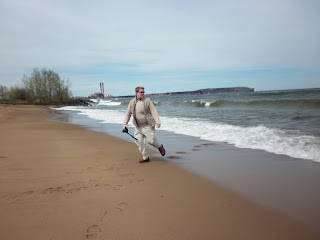 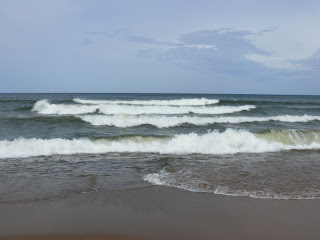 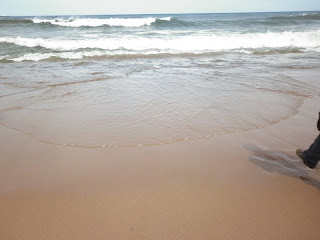 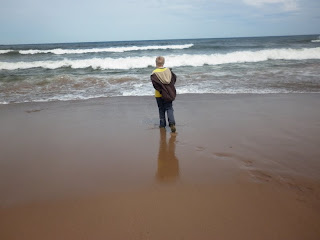 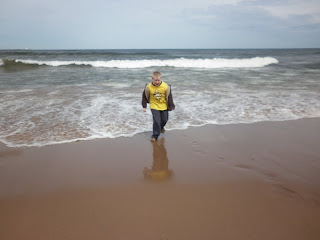 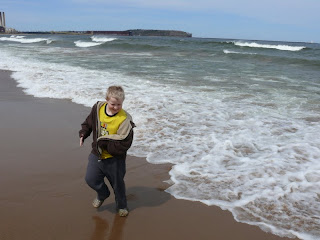 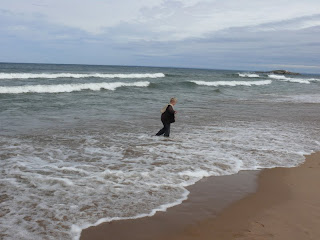 Email ThisBlogThis!Share to TwitterShare to FacebookShare to Pinterest
Tags Outside, water