I'm creating a new training for folks in Michigan, as we are going through a Quality Improvement Program. One of the "point" areas in the assessment includes using one state approved curriculum.

I would love to share insight from folks who are actively using one of these curriculum in your center/program/home. OF course I will give you credit and send folks to find out more from your websites/blogs (if you have one). I intend to make this training session available online for those looking to make a change in order to meet a higher quality rating on the scale. IF you are interested in being interviewed for this project, please email me at amyahola@hotmail.com
by Amy A @ Child Central Station - June 20, 2012 4 comments:

Changes on the Horizon

Yes, the rumors are true. For those of you in the local area, you may have already heard.

There are big changes coming on the horizon around here.

I have a new job. I actually started already (part time for the summer, will be full time in the fall).  My new position is a Quality Improvement Consultant for the Early Childhood Investment Corporation and the Upper Peninsula Great Start Quality Resource Center.

Life as we know it is going to be very different,
but I am excited about the upcoming challenges and adventures.

Don't worry... I'll still be blogging,
my focus may shift a bit...
and if you don't see me online for awhile don't worry
.... I'll be back, after I finish juggling all of the real life adventures!

Oh, and I'm still providing training sessions. With this new position, I will have some more flexibility and may even be taking some of my training sessions on the road!
by Amy A @ Child Central Station - June 14, 2012 4 comments: 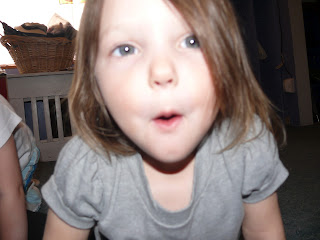 Let's face it.... You don't need the book to know that EVERYONE POOPS.... everyone farts, everyone burps....  and for young children, especially boys ... "poop" is one of the funniest, most giggle producing word you can share with your friends.

So, how do you handle potty talk? I've heard a lot of different perspectives. Some places require that potty talk remain in the room with the potty... other places try to discourage it completely.

Around here, we have another philosophy... WE EMBRACE it! Seriously folks... EVERYONE POOPS. It is a bodily function and when it is such a HUGE interest of the children why not embrace it and use it as a learning opportunity? 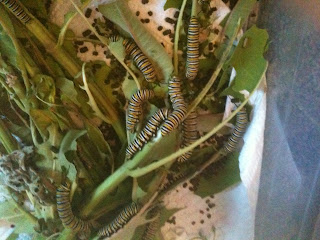 Right now, we are raising monarch caterpillars.
Did you know that their poop is called FRASS???
Caterpillars poop A LOT, and they tend to poop on your hand when you hold them.
Their poop is fairly dry and it will roll right off your hand if you tilt it.
The children love to observe the caterpillars and have expanded their
vocabulary to include new terminology when describing their observations. 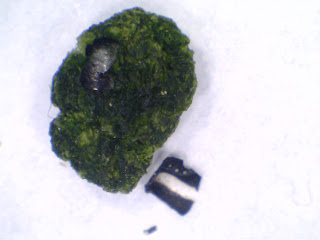 Have you ever wondered what frass looked like up close?
We did, so we whipped out the
Zoomy, handheld digital microscope and zoomed right in! 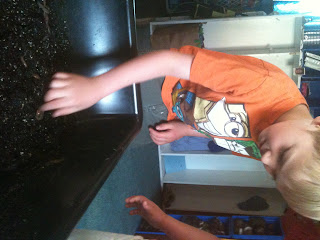 Earthworms, on the other hand are serious pooping machines.
When you hold them, they tend to wiggle and often poop in your hand too.
Their poop is not dry, in fact, it is quite wet and runny- almost like diarrhea.
After all, the worms are working hard to help decompose and regenerate our soil! 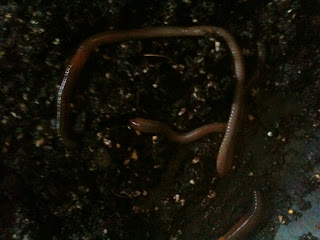 Of course, as we were exploring our earthworms,
one of them pooped in one of our friends hands.
There were a lot of giggles, but what was simply priceless....
was the immediate inquiry...
"Hmmmn.... Ms. Amy, What is worm poop called?"

In case you don't know.. worm poop is called vermicast.

Now, just think.... If we didn't allow the children to freely talk about poop, we would have never found out that there are so many different names for poop out there!

The children continue to talk about poop on a daily basis. It does not create as many whispers or as many giggles as it used to,
and we have so many more words to use now!

How do you handle potty talk with your children or in your program?

We interrupt this blog already in progress for an extended get away into REAL life.

There are many changes on the horizon,

but I'm not moving,

the blog is not disappearing,

With all kinds of news and updates to share!

Until then, enjoy the archives,
take a look at some of the other amazing blogs out there,
OR GET OUTSIDE!