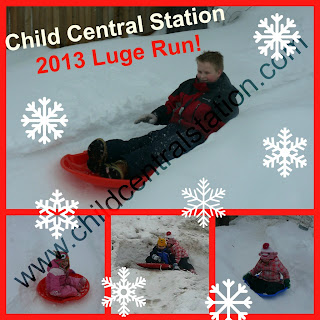 We're up to it again!
We finally had enough snow to put in the luge run for this year :).

Our design this time around is different from last time, but I think it is just as fun.
Our son, Dane has been busy learning a bit about making movies and using technology to document his learning, so today, he compiled a few of the videos and photos from our first day on the luge- ENJOY!

Here is an inside look at some of our memorable moments from this past week.

Welcome to my first installment of the Friday 5!   During each segment of this meme- I intend to share with you 5 posts that I have read over the past week that have me “wired, fired, and freakin’ inspired!” (Thank you Nancy Blackwell for the quote). They may be new or old….  but are posts that I have come across that definitely deserve your attention to hop on over and check out!

If I opt to share your post and what I love about it, and you’d like to grab my button- you’re welcome to do so!  AND if you decided you want to join in on the fun…..  Please add any posts that you found especially inspiring this week in the comments. (Please keep this to posts that you have read, not posts that you have written

1) 10 Reasons Why Teachers Like Learning Outdoors in Scotland by I'm a Teacher Get Me Outside, Here! If you have been following me for any period of time, you know that I am an avid supporter of daily outdoor play. This post was wonderful, It talks about learning outdoors in Scotland, but clearly the justifications can be applied anywhere in the world. Hop on over and check it out!

2) DIY Superhero Cape Tutorial by The Southern Institute. I know this post is a few years old, but I just recently found it and this site..... I LOVE how easy this cape is to make and the fact that you have multiple options- you don't necessarily need to know how to sew and you are upcyling- BONUS!

3) Bike+trust+time = Learning to Fly from Child's Play Music. Alec has some great prose in this post, I love how he uses the metaphor of flying for this observation of a child riding a bike. I also love that the post focuses on the importance of teaching our children and then letting them navigate their environment.

4) It's a matter of trust from Bluyonder. Whenever I hear about new educational initiatives or movements in our country.. in the back of my mind..... I always think.... I wonder what they are doing differently in Finland? This is an excellent post- getting to the heart of the matter- our need to trust our teachers and our students.

5) Knitted Farm by Happy Whimsical Hearts. You know I love a good DIY- This project is just AWESOME- a collaborative knitting adventure. I just love it!


I'm hoping that this meme will help me keep up with my blog reading!

Have you read any inspiring posts this week? I'd love to hear about them!

Feel free to grab my button if you've been featured on the Friday 5! 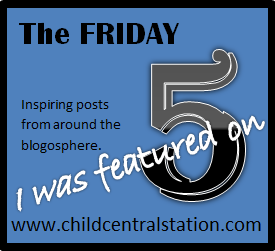 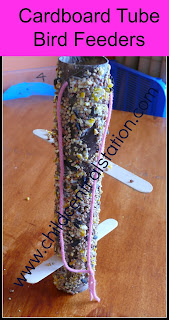 We’ve had two snow days in a row…..
and they are measuring the snowfall in feet rather than inches!
(Maybe we will have a luge this year after all!!!!)

First, we covered some cardboard rolls from paper towels with Crisco.

Then we rolled the shortening covered rolls in bird seed.

To finish them off, we added a couple of tongue depressors as perches.
(I cut into the tubes with a carpet knife and we slid them in place).
We also used a hole punch to put a couple of holes in the tube
and some yarn to hang the feeder.
They make an excellent addition to our bird feeding/watching station!

Have you made any bird feeders? We’d love for you to link them up!
You can also find all kinds of bird feeders and resources on my Pinterest Bird Board!

Email ThisBlogThis!Share to TwitterShare to FacebookShare to Pinterest
Tags birds 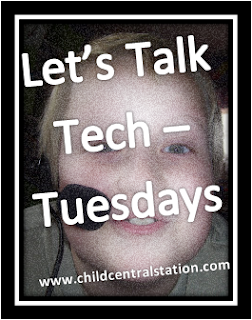 One of the pieces of technology that I have been using in my classroom for a long period of time is the program-audacity. I LOVE THIS technology! Audacity is a free voice recording and editing software.

I often set up our own recording studio for the children to sing songs, record music, and to tell stories.  The software is really easy to use, and you can easily adjust the output volumes, edit out pieces of dead air, etc.

The children love to hear their own songs and stories!

We are also going to be using Audacity to increase the selections for our listening center. We have asked the parents to read their favorite books using the program. This will allow us to have more selections available in our listening library- AND bring in some more of our families cultures.

Do you use voice recording software in your classroom? If so, we'd love to hear about it!

Here are a couple of other posts where I mention our use of this technology:
Sing, Sing a Song
Our Butterfly Study Video
by Amy A @ Child Central Station - February 19, 2013 No comments:

A few memories from this past week:

Why Me? Why NOT Me? Heroes in Education 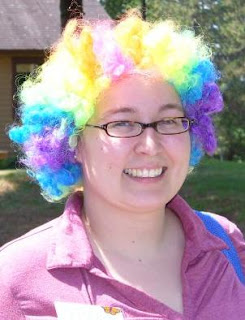 I'm being featured as one of the 365 Heroes in Education over on Anthony Salcito's Daily Edventures blog. I'm floored, honored, and trying to process how this all happened.

I mean seriously, I spend about 9 out 10 days lounging in pajama pants. I am continually covered in some kind of goo (even when the children are not around, I am a goo/food/mess magnet).So, I continue to ponder, Why Me?

During my interview process, I had to ask, "How did you find me?" Come to find out, it was here, because of my blog that they were able to find me and why I am being highlighted. How cool is that? I love that technology is allowing us to be connected in various nooks, crannies, and corners of the world.

However, I do struggle with some of this kind of recognition. I know that what I do makes a huge difference in this world, and I don't need to be labeled a "hero" by a blog connected to a large corporation to realize that. I also know that there are hundreds if not thousands of other heroes out there that are not being mentioned. Many of which contribute just as much if not more to the field than I do.  When I started to scroll through the list of heroes they have identified, I noticed something bothersome.... Where are all of the early childhood educators?

And seriously, are you kidding me.... in the same list as Sugata Mitra and Howard Gardner. (ARE YOU KIDDING ME??? HOLY WHA!) Then I started to think more about this....  I was asking why me? When I really needed to focus on why not me?

We don't need to be well known or publicly out there to be a hero.  I would bet money on the fact that everyone is a hero to someone. We all have qualities and have done things that could be deemed heroic at one point or another, and all of the teachers, parents, grandparents, scout leaders, 4-H leaders, ..... All of us  who take the time to really be with young children are heroes.


So, after taking the time for some serious reflection..... 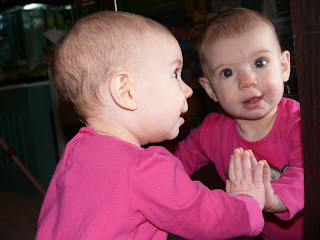 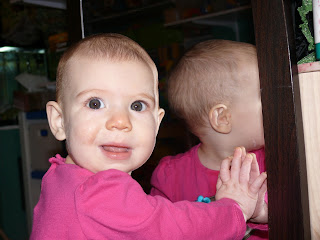 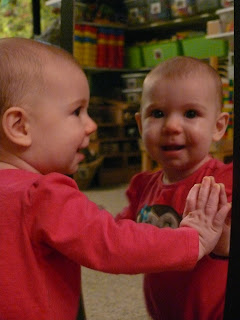 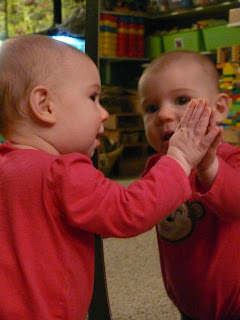 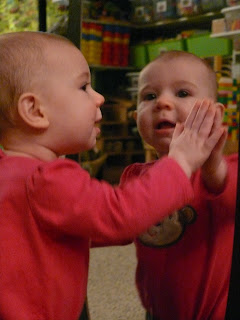 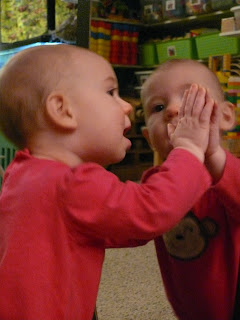 You can find my interview on Daily Edventures here.

Our local television station also came out, and you can find the story here.
(airing on Friday - will post the link as soon as it becomes available)

Thanks for reading,
continuing to inspire me,
and for being everyday heroes!

P.S. I would recommend continuing to take a look at the Daily Edventures Blog. I nominated a whole bunch of really AMAZING HEROES, and I know that they have already contacted a few of them!
by Amy A @ Child Central Station - February 08, 2013 3 comments:

Guess where his cover shot came from?

How cool is that!

Hop on over to his website to order the new book!

(You will recognize quite a few familiar faces from around here throughout the book!)
by Amy A @ Child Central Station - February 05, 2013 1 comment:

I was starting to give up on the idea that we might possibly be able to build a luge this year. We have had a very odd winter here in Upper Michigan. We had some early snow that lasted for awhile, but no real accumulation for weeks. Then…. almost all of it melted. You could seriously start to see green patches in our yard.

The past couple of weeks have been riddled with well below freezing temperatures and snow accumulation! I think the public schools have been closed nearly just as much as they have been open. The snow is starting to pile up, almost enough now to put in our sled run!

While we have been waiting for enough snow in the yard, We have been making regular  trips to the park.

We’ve also been spending some time playing in the yard. We decided to make a fort using the structure of our fort/slide/climbing wall as a base. The children have been shoveling the snow around the base to create walls and enclose a cool fort.

Some of the younger children have been observing the older children work from their comfy seats in the sleds….

or from the swing.

Our outdoor adventures have been fun, but we have also been working to solve problems. We have had to figure out the best way to stack the snow, how to work together, and we have also found out that some shovels definitely work better than others!