"No Boys Allowed!" Exclusion in Play 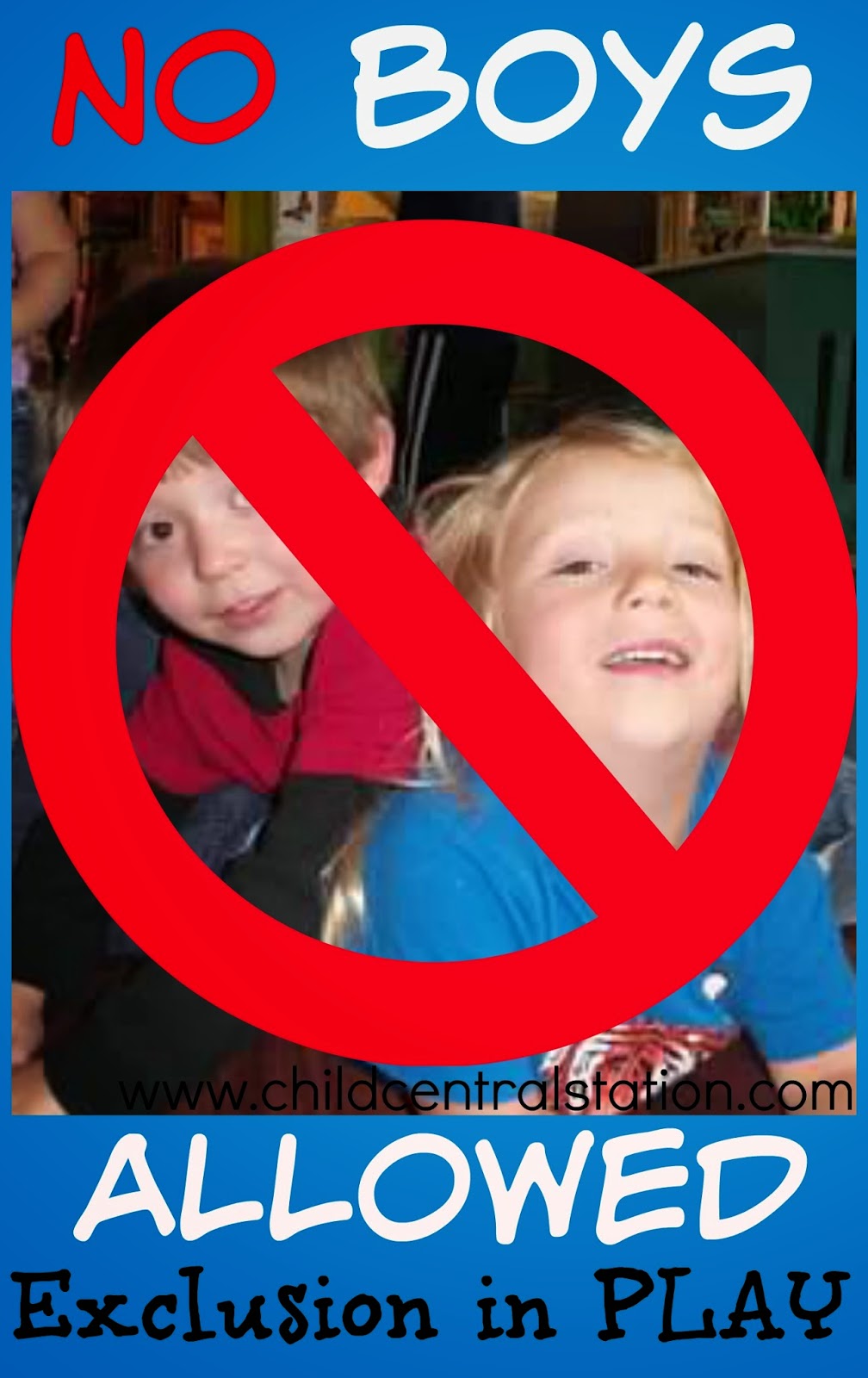 A few years ago, hearing that statement would have stopped me in my tracks. At the time in my journey, with all good intent, I would have made sure that exclusion was not a part of our day. "Everyone plays or no one plays" was part of our mantra.  I was concerned about everyone feeling like they belonged and I used my power as the adult to impose that false sense of community upon our program. Looking back- I do a palm slap..... what was I thinking? I mean, in reflection I was trying to create an environment that was not real, and that was in no way helping the children I was entrusted to care for. My job, as their teacher and caregiver was to assist them in being where they are developmentally and to help them navigate their social world. Creating an environment that was not real- that was falsified by "everyone is friends here" and "everyone plays" prevented the children from opportunities to experience their full range of emotions and to problem solve when conflicts arose. Children need the opportunity to experience ownership, they need the power to make choices. Exclusion is tough, but it is real. It is honest, and it happens to us throughout our entire lives. So, what happens when you allow children to exclude?  Let me share a few examples.... 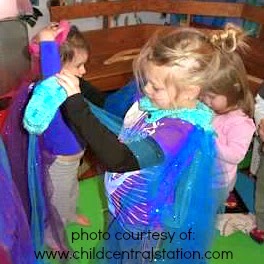 I run a home based program, we can have twelve children present at any given time. Due to various part-time schedules, the make up of children (aged from birth to aged 12) changes each day. Additionally- some days we have a major difference in gender. One day in particular, We had a group of girls (aged 2-4) that were having a great time playing together and one four-year-old boy who was intently watching the girls play. After a period of time, he decided to jump right in and join the play.

"NO BOYS ALLOWED!!!" yelled one of the girls, as the young boy came into their playspace.

Without skipping a beat, the young boy said. "That's okay, I'm a girl!"

The young girl then shrugged her shoulders and replied, "Okay, you can play." 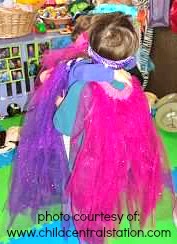 That was it, done deal. All of the children continued to play for quite some time, together without the need for adult intervention. What would have happened if I heard the initial statement of exclusion and jumped in to force it? Would play have continued? or would it have stopped because of my interference? Would the children have continued to play and expand upon their explorations? I would have prevented them from the opportunity to work out a solution on their own. 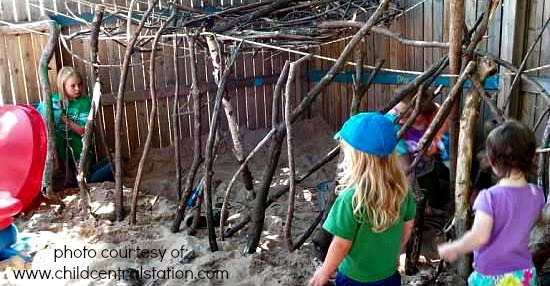 In the summertime, our program tends to look much different from the school year. Some of our families have been with us for almost a decade and the older, school aged children like to come back during the summer months. It is sometimes a challenge to juggle the age gap, but the benefits often outweigh the drawbacks. Sometimes the "big kids" need their space. One of these instances was during their creation of an outdoor fort. They were quite adamant in the beginning that the younger children were not welcome in their play space.
This was difficult for some of the younger children in the beginning. When children are having a hard time navigating this social exclusion, I am there to support if needed. First, I make sure that they really need my support. I wait, watch, and listen. When they do need me, I remind them of what the other child(ren) said... "I heard (child's name) say........ it sounds like they need their space. I know you really want to play too, but right now we need to respect their choice. What do you want to do while you wait for them? or what do you want to do while you wait for a turn?" Sometimes the child's choice is to continue to ask, or to watch the other children play. Sometimes the child chooses to do something different or to play the same thing somewhere else........ There are a lot of options.  In this specific situation, all of the younger children we extremely interested in the fort the older children were making. 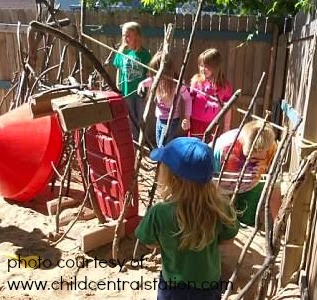 One of the three-year-olds was adamant about being able to play. He continued to go back to the area where the older children were playing to ask if he could enter their fort. After awhile, when he kept hearing "no" he decided to ask "why not?" The older children responded that they were afraid that he was going to break the fort. He assured them that he would not, and was then permitted to join in on the play. Within an hour- all of the children were given permission to enter and join in on the play. 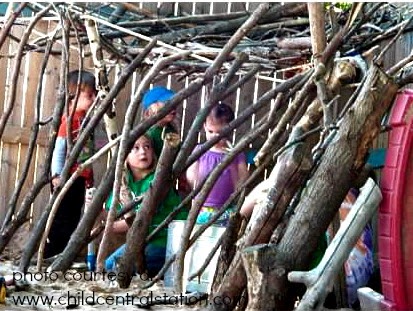 When I reflect on these situations and how differently they played out than various similar situations in the past, I see the gifts of time and power. The children are now trusted to experience exclusion and given tools to help them deal with those feelings and situations. They are also given the power to decide when they are ready to share their spaces and their play. Interestingly enough, when given this power they tend to exclude less and to find ways to play together more!

It took a lot of patience and trust on my part to make changes to allow the children to exclude in order to include. It took a lot of self control to wait, be there to support and to listen.  I often find myself carefully observing and reminding myself to WAIT... Asking myself Why Am I Talking? This gives the children more time to work things out on their own and me an opportunity to reflect on when it is necessary to jump in for support.

I feel as though I am always learning and growing, and that each new child or group of children provide me with a new challenge and opportunity to learn and grow. Thanks for stopping by to share a little bit of my journey, I'd love to learn more about yours too!
by Amy A @ Child Central Station - February 11, 2015 No comments:

I am part og an amazimg new collaboration over at www.playempowers.blogspot.com

My first post on exclusion in play is now live! Hop on over amd check it out! (CLICK THIS LINK).
by Amy A @ Child Central Station - February 11, 2015 No comments: